Webinar Details: 15 March 2018 from 9:00am - 10:00am (EDT)
Attendee Registration Link: Register for Webinar, by Dr. Sergios Theodoridis and Dr. Sotirios Chatzis
Topic: A Tour into Deep Learning: From Its Origins to Cutting Edge Research and Open Challenges

The IEEE Signal Processing Society is very excited to offer the next webinar in our new series featuring “technical and technological innovations and their applications in signal processing” from top researchers and thought leaders in academia and industry. This webinar, "A Tour into Deep Learning: From Its Origins to Cutting Edge Research and Open Challenges," being presented by Dr. Sergios Theodoridis, VP-Publications, IEEE Signal Processing Society in collaborations with Dr. Sotirios Chatzis), will provide a tour into neural networks and deep architectures, beginning with a historical retrospective from the early days of the perceptron through the recent trends of convolutional neural networks (CNNs) and the recurrent neural networks (RNNs).

Dr. Theodoridis will discuss the reasons of the comeback of neural networks, after the reigning period of the kernel machines, and present the key ideas that contributed to their current domination in the machine learning territory. The major developments that led to overcome some of their early drawbacks will be outlined and discussed, such as the ReLu and the Dropout technique.

Please join Dr. Theodoridis on March 15, 2018 from 9 am to 10 am (EDT) as he will give examples of some notable applications and case studies. He will also discuss some of their limitations and provide a short overview of the open problems that are currently under investigation. At the conclusion, Dr. Theodoridis will offer his insight and provide some future predictions...at his own risk! 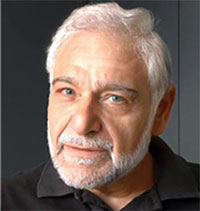 Sergios Theodoridis is currently Professor of Signal Processing and Machine Learning in the Department of Informatics and Telecommunications of the National and Kapodistrian University of Athens and he is the holder of a part time Chair at the Chinese University of Hong Kong. His research interests lie in the areas of Adaptive Algorithms, Distributed and Sparsity-Aware Learning, Machine Learning and Pattern Recognition, Signal Processing and Learning for Bio-Medical Applications and Audio Processing and Retrieval. 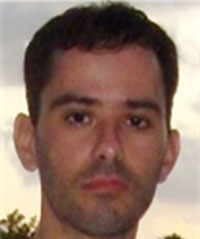 Sotirios Chatzis is currently an Assistant Professor with the Department of Electrical Engineering, Computer Engineering and Informatics, Cyprus University of Technology, Limassol, Cyprus.

He has been key author to more than 70 papers in the most prestigious journals and conferences of the research field. His current research interests include machine learning theory and methodologies, specifically deep latent variable models, approximate variational inference, neural attention models with differentiable memory modules, and Bayesian nonparametrics. His Ph.D. research was supported by the Bodossaki Foundation, Greece, and the Greek Ministry for Economic Development.

Dr. Chatzis was a recipient of the Dean’s scholarship for Ph.D. studies, being the best performing Ph.D. student of the class. He was a Post-Doctoral Fellow with the University of Miami, Coral Gables, FL, USA, from 2008 to 2010. He was a Post-Doctoral Researcher with the Department of Electrical and Electronic Engineering, Imperial College London, London, U.K., from 2010 to 2012. He has coordinated or participated as primary investigator in five EU-funded research projects, dealing with the application of machine learning in a wide range of application domains, including web privacy and security, recommendation systems for the promotion of European cultural heritage, learning from streaming data, and computational finance.