The nomination deadline for the Awards Board and the Nominations and Appointments (N&A) Committee positions is being extended to Thursday, 12 October 2017. Full nomination details are noted below in the original message. Please submit your nominations in a timely manner. If you have any questions, please do not hesitate to contact Alex Acero (a.acero@ieee.org) or Theresa Argiropoulos (t.argiropoulos@ieee.org). 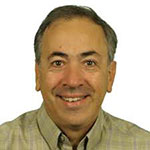 In accordance with the Bylaws of the IEEE Signal Processing Society, I am writing to solicit nominations for the Awards Board and the Nominations and Appointments (N&A) Committee. This year, the Society will be filling THREE positions on the N&A Committee for the term 2018-19 and THREE positions on the Awards Board, one position for a two year term for 2018-2019 and two positions for the regular three year term for 2018-2020. Nominations must be received no later than Friday, 29 September 2017.

The Nominations and Appointments Committee is responsible to: a) stimulate nominations and at the same time, keep track of under-representation of key populations for future nominations. Committee members are not allowed to submit nominations or provide seconds for elections under their purview; b) establish a connection to the major boards and committees in order to generate Member-at-Large, Regional Director-at-Large, Officer and other nominations; c) rank nominations for Member-at-Large, Regional Director-at-Large and Officer elections; d) submit to the Board of Governors a list of candidates recommended for nomination to the positions of Officers; e) submit to the electorate no later than the first working day following 14 August for the annual General Election, at least two candidates for each Member-at-Large and Regional Director-at-Large position becoming vacant; and f) submit to the Board of Governors, a list of candidates recommended by the Society to serve on IEEE/TAB boards and committees and seek and obtain comments from the Board of Governors.

Please note that members of the Nominations and Appointments Committee cannot currently be serving as an Officer or Member-at-Large of the Board of Governors. The term of committee members is two-years, individuals may serve more than one term and such terms can be consecutive up to two consecutive terms. Please review the website for the member terms.

Please provide nominations for both committees to Theresa Argiropoulos (t.argiropoulos@ieee.org) and include the following information: name, member number, TC area of coverage, address, phone, fax, e-mail or other contact information of the nominee, along with a brief background on the individual and any information about the individual’s current activities in the Signal Processing Society, the IEEE, or other professional societies. Nominations must be received no later than Friday, 29 September 2017.