Based on the IEEE Xplore® article: Empirical Wavelet Transform
Published: IEEE Transactions on Signal Processing, May 2013
Download: Original article will be made freely available for download for 48 hours from the day of the webinar, on IEEE Xplore®

Adaptive (i.e., data-driven) methods have become very popular these last decades. Among the existing techniques, the empirical mode decomposition has proven to be very efficient in extracting accurate time-frequency information from non-stationary signals. However, it is a purely algorithmic method and lacks of solid theoretical foundations. To overcome this issue, we propose the construction of adaptive wavelets, called empirical wavelets. Their aim is to decompose a signal into its harmonic modes (i.e., amplitude modulated frequency modulated constituents). To reach this goal, we first detect the position of the wavelet supports in the Fourier domain by analyzing the signal spectrum, and then we build the corresponding wavelet filter bank. The transform is simply obtained by multiplication in the Fourier domain. We extend this idea to the 2D case for image processing by considering different types of classic Fourier partitions (tensor, Littlewood-Paley, curvelets, . . .). Finally, we propose a method, based on the Watershed transform, to create empirical wavelets on completely arbitrary supports. We explore some theoretical properties of the empirical wavelets in the continuous case and illustrate their efficiency in texture segmentation tasks. 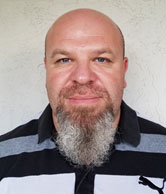