The following is a list of Signal Processing Society's distinguished lecturers. 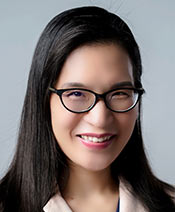 Nancy F. Chen (SM) is a senior scientist, principal investigator, and group leader at I2R (Institute for Infocomm Research), A*STAR (Agency for Science, Technology, and Research), Singapore. Dr. Chen’s research focuses on conversational artificial intelligence (AI) and natural language generation with applications in education, healthcare, journalism, and defense. Speech evaluation technology developed by her team is deployed at the Ministry of Education in Singapore to support home-based learning to tackle challenges that arose during the COVID-19 pandemic. Dr. Chen also led a cross-continent team for low-resource spoken language processing, which was one of the top performers in the NIST (National Institute of Standards and Technology) Open Keyword Search Evaluations (2013-2016), funded by the IARPA (Intelligence Advanced Research Projects Activity) Babel program. Prior to I2R, A*STAR, Dr. Chen worked at MIT Lincoln Laboratory on multilingual speech processing and received her Ph.D. from MIT and Harvard in 2011. 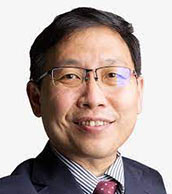 Woon-Seng Gan (SM) is Professor of Audio Processing and Director of the Smart Nation Lab in the School of Electrical and Electronic Engineering at Nanyang Technological University (NTU), Singapore. He received his BEng (1st Class Hons) and Ph.D. degrees, both in Electrical and Electronic Engineering from the University of Strathclyde, UK in 1989 and 1993, respectively, and joined the faculty of Nanyang Technological University as a lecturer in 1993. He also served as the Head of the Information Engineering Division (2011-2014), and Director of the Centre for Infocomm Technology (2016-2019) at NTU.

Prof. Gan’s research has been concerned with the connections between the physical world, signal processing and machine learning, and sound control, which resulted in the practical demonstration and licensing of spatial audio algorithms, psychoacoustic signal processing applied to the soundscape evaluation, audio intelligence monitoring at the edge, and active noise control for headphones and open apertures. 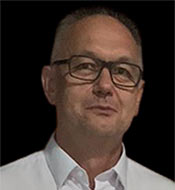 Danilo P. Mandic (F) is a professor in signal processing with Imperial College London, UK, and has been working in the areas of machine intelligence, statistical signal processing, big data, learning on graphs, and bioengineering.

He is a Fellow of the IEEE and a current President of the International Neural Networks Society (INNS). Dr. Mandic is a Director of the Financial Machine Intelligence Lab at Imperial College. He has published two research monographs on neural networks, entitled “Recurrent Neural Networks for Prediction”, Wiley 2001, and “Complex Valued Nonlinear Adaptive Filters: Noncircularity, Widely Linear and Neural models”, Wiley 2009 (both first books in their respective areas), and has co-edited books on Data Fusion (Springer 2008) and Neuro- and Bio-Informatics (Springer 2012). He has also co-authored a two-volume research monograph on tensor networks for Big Data, entitled “Tensor Networks for Dimensionality Reduction and Large Scale Optimization” (Now Publishers, 2016 and 2017), and more recently a research monograph on Data Analytics on Graphs (Now Publishers, 2021). 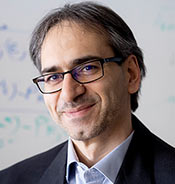 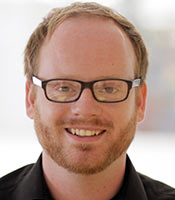 Gordon Wetzstein (SM) is an Associate Professor of Electrical Engineering and, by courtesy, of Computer Science at Stanford University. He is the leader of the Stanford Computational Imaging Lab and a faculty co-director of the Stanford Center for Image Systems Engineering. At the intersection of computer graphics and vision, artificial intelligence, computational optics, and applied vision science, Prof. Wetzstein's research has a wide range of applications in next-generation imaging, wearable computing, and neural rendering systems.

Prof. Wetzstein received a Diplom (with honors) in Media System Sciences from the Bauhaus University in Germany (2000-2006), he completed his Ph.D. in Computer Science at the University of British Columbia in Canada (2006-2011), and he was a Postdoctoral Associate at the MIT Media Lab (2011-2014). Since 2014, he has been a faculty member at Stanford University. 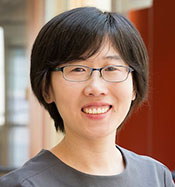 Yuejie Chi (SM) received Ph.D. and M.A. in Electrical Engineering from Princeton University in 2012 and 2009, and B.E. (Hon.) in Electrical Engineering from Tsinghua University, Beijing, China, in 2007. After a stint at The Ohio State University from 2012 to 2017, she is with the department of Electrical and Computer Engineering at Carnegie Mellon University since 2018, where she is now a Professor with courtesy appointments in the Machine Learning Department and CyLab. At Carnegie Mellon, she held the inaugural Robert E. Doherty Early Career Development Professorship from 2018 to 2020. 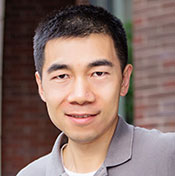 Yue M. Lu (SM) is Gordon McKay Professor of Electrical Engineering and of Applied Mathematics at Harvard University. He received the M.Sc. degree in mathematics and the Ph.D. degree in electrical engineering from the University of Illinois at Urbana-Champaign, both in 2007. He was a postdoctoral researcher (2007-2010) at the Audiovisual Communications Laboratory at Ecole Polytechnique Fédérale de Lausanne (EPFL), Switzerland, before he joined the Harvard faculty. He is also fortunate to have held visiting appointments at Duke University in 2016 and at the École Normale Supérieure (ENS) in 2019. 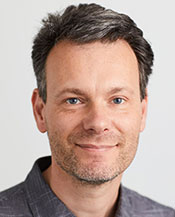 Erik Meijering (F) is a Professor of Biomedical Image Computing in the School of Computer Science and Engineering (CSE), University of New South Wales (UNSW), Sydney, Australia. He received his MSc degree in Electrical Engineering from Delft University of Technology (1996) and his PhD degree in Medical Image Analysis from Utrecht University (2000), both in the Netherlands. Before moving to UNSW (in 2019), he was a Postdoctoral Fellow (2000-2002) at the Swiss Federal Institute of Technology in Lausanne, Switzerland, and an Assistant Professor (2002-2008) and later Associate Professor (2008-2019) at Erasmus University Medical Center in the Netherlands. 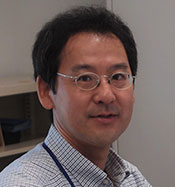 Hiroshi Sawada (F) received the B.E., M.E. and Ph.D. degrees in information science from Kyoto University, Kyoto, Japan, in 1991, 1993 and 2001, respectively. He joined NTT Corporation in 1993. He is now a Senior Distinguished Researcher and an Executive Manager at the NTT Communication Science Laboratories, Kyoto, Japan.

(Actual contents of each talk are negotiable with the inviting chapter) 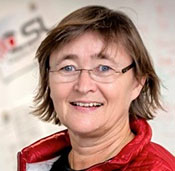 Tanja Schultz (F) is a computer scientist specializing in speech processing. She is the former president of the International Speech Communication Association. She was a faculty member at Carnegie Mellon University from 2000 to 2007 and at the Karlsruhe Institute of Technology from 2007 to 2015 before moving to the University of Bremen in 2015. Prof. Schultz received her doctoral and diploma degree in Informatics from University of Karlsruhe, Germany in 2000 and 1995. Since 2007, Prof. Schultz directs the Cognitive Systems Lab and since 2015, is full Professor (W3), Chair for Cognitive Systems, Faculty of Mathematic/Informatics at University Bremen, Germany.

Prof. Schultz received the FZI Award for an outstanding Ph.D. thesis (2001), the ISCA Best Journal Award for her publication on language independent acoustic modeling (2002) and on Silent Speech Interfaces (2015), ISCA Best Demo Award (2006), the Plux Wireless Award (2011) for the development of Airwriting, the Alcatel-Lucent Research Award for Technical Communication (2012), the Google Research Award and the Otto-Haxel Award (2013), as well as several best paper awards. In 2002, she was part of a group of eight researchers who won the Allen Newell Medal for Research Excellence for their work on automatic speech translation.

Prof. Schultz is an IEEE Fellow (2020); a Fellow of the International Speech Communication Association (2016), and a Member of the European Academy of Sciences and Arts. She served as a member for numerous conference committees, as Associate Editor, IEEE Transactions on Speech and Audio Processing (2002-2004); Editorial Board Member, Speech Communication, Elsevier (since 2004); Associate Editor, ACM Transactions on Asian Language Information Processing (TALIP) (since 2010); Lead Editor, Special Issue on Biosignal-based Spoken Communication, IEEE Transaction on Audio, Speech, and Language Processing (2016); Lead Editor, Special Issue on Speech & Dementia, CSL (2019); and served as board member and elected President of the International Speech Communication Association ISCA for ten years.

Prof. Schultz’s research activities focus on human-machine communication with a particular emphasis on multilingual speech processing and human-machine interfaces. Together with her team, she investigates the processing, recognition and interpretation of biosignals, i.e. human signals resulting from physical and mental activities, to enable human interaction with machines in a natural way. 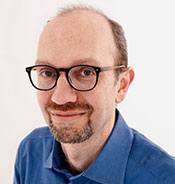 Prof. Dragotti is also the recipient of a European Research Council (ERC) Investigator Award, which is awarded to “exceptional research leaders to pursue ground-breaking, high-risk projects” (2011-2016). 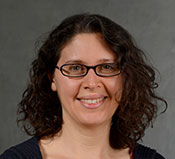 Karen Livescu (SM) is an Associate Professor at Toyota Technological Institute at Chicago (TTI-Chicago). She completed her PhD in electrical engineering and computer science at Massachusetts Institute of Technology (MIT) in 2005 and her Bachelor's degree in physics at Princeton University in 1996.

Dr. Livescu is an Associate Editor, IEEE Open Journal of Signal Processing (present); Associate Editor, IEEE/ACM Transactions on Audio, Speech, and Language Processing (2014-2017), Member, IEEE Speech and Language Processing Technical Committee (2012-2017); Technical Co-Chair, IEEE Workshop on Automatic Speech Recognition and Understanding (2015, 2017, and 2019). Outside of the IEEE, she has served as Program Co-Chair, International Conference on Learning Representations (2019); Subject Editor, Speech Communication journal, and Area Chair for a number of speech processing, machine learning, and natural language processing conferences. She has won Best Paper Awards at the ACL Workshop on Representation Learning for NLP in 2016 and 2017, and a Best Student Paper Award at Interspeech (2012). Her work has been acknowledged with an Amazon AWS Machine Learning Research Award (2020) and Google Research Awards (2014, 2015), and she was awarded a Clare Boothe Luce Post-Doctoral Fellowship (2005-2007) and an NSF Graduate Research Fellowship (1997-2000). 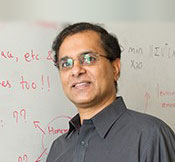 Dr. Saligrama is an IEEE Fellow, recipient of several awards including Presidential Early Career Award, ONR Young Investigator Award, and the NSF Career Award, and he has received best paper awards at several conferences. He has served as an Associate Editor, IEEE Transactions on Signal Processing (2005-2007), IEEE Transactions on Information Theory, edited special issues for IEEE Journal of Selected Topics in Signal Processing, and the IEEE Transactions on Signal Information Processing Over Networks, has been Chair, Big Data Special Interest Group (2020), and served on Technical Program Committees of several IEEE conferences.

Dr. Saligrama’s current research interests are in Machine Learning with particular emphasis on resource-efficient learning, zero-shot and limited-shot learning, statistical testing of graphs, and more broadly on the societal impact of AI. 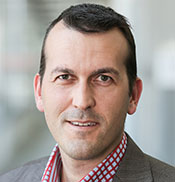 Dimitri Van De Ville (F) received the M.S. degree in Computer Sciences and the Ph.D. degree in Computer Science Engineering from Ghent University, Belgium, in 1998, and 2002, respectively. He was a post-doctoral fellow (2002-2005) at the lab of Prof. Michael Unser at the Ecole Polytechnique Fédérale de Lausanne (EPFL), Switzerland, before becoming group leader for the Signal Processing Unit at the University Hospital of Geneva, Switzerland, as part of the Centre d’Imagerie Biomédicale (CIBM). In 2009, he received a Swiss National Science Foundation professorship and since 2015 became Professor of Bioengineering at the École polytechnique fédérale de Lausanne (EPFL) (Institute of Bioengineering), jointly affiliated with the University of Geneva (Department of Radiology and Medical Informatics), Switzerland. 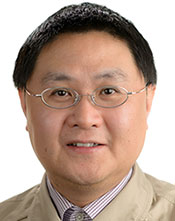 Dong Xu (F) is Chair in Computer Engineering and ARC Future Fellow at the School of Electrical and Information Engineering, The University of Sydney, Australia. He received the B.Eng. and PhD degrees from University of Science and Technology of China, in 2001 and 2005, respectively. Before joining The University of Sydney, he worked as a postdoctoral research scientist at Columbia University (2006-2007) and a faculty member at Nanyang Technological University (2007-2015). He was selected as the Clarivate Analytics Highly Cited Researcher in the field of Engineering in 2018 and awarded the IEEE Computational Intelligence Society Outstanding Early Career Award in 2017.