The following is a list of Signal Processing Society's distinguished industry speakers. 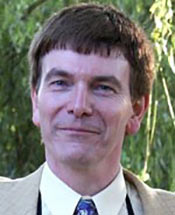 Jerome R. Bellegarda (F) is Apple Distinguished Scientist in Intelligent System Experience at Apple Inc., Cupertino, California, where he works on multiple user interaction modalities, including speech, handwriting, touch, keyboard, and camera input. Prior to joining Apple in 1994, he was a Research Staff Member at the IBM T.J. Watson Center, Yorktown Heights, New York (1988-1994). He received the Bachelor degree in Mechanical Engineering from the University of Nancy, Nancy, France, in 1983, and MSc and PhD degrees in Electrical Engineering from the University of Rochester, Rochester, New York, in 1984 and 1987, respectively.

Dr. Bellegarda received a Best Paper Award from ISCA for his work on adaptive language modeling (2006). He was also nominated by the IEEE SPS Speech and Language Processing Technical Committee for the 2001 IEEE W.R.G. Baker Prize Paper Award and the 2003 IEEE SPS Best Paper Award. Among his diverse contributions to speech and language advances over the years, he pioneered the use of tied mixtures in acoustic modeling and latent semantics in language modeling. 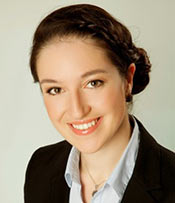 Mariya Doneva (M) is a Senior Scientist and a Team Lead at Philips Research, Hamburg, Germany. She received her BSc and MSc degrees in Physics from the University of Oldenburg in 2006 and 2007, respectively and her PhD degree in Physics from the University of Lübeck in 2010. She was a Research Associate at Electrical Engineering and Computer Sciences Department at UC Berkeley between 2015 and 2016. Since 2016, Dr. Doneva is leading the activities on MR Fingerprinting (a novel approach for efficient multi-parametric quantitative imaging) in Philips Research including in house technical development and collaboration with clinical and technical partners. 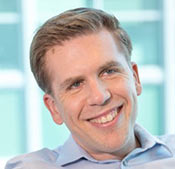 Leo Grady (M) received the B.Sc. degree in Electrical Engineering at the University of Vermont and a Ph.D. in Cognitive and Neural Systems from Boston University. During his tenure as CEO of Paige, Dr. Grady led the company to become an industry leader, internationally launched several groundbreaking software products and became the first-ever company to receive FDA approval for an AI product in pathology. Dr. Grady is currently CEO in Residence with Breyer Capital.

Prior to joining Paige, Dr. Grady was the SVP of Engineering for HeartFlow, where he led full stack technology and product development efforts for HeartFlow’s cardiovascular diagnostic and treatment planning software while also driving HeartFlow’s IP portfolio. Before HeartFlow, he served in various technology and leadership roles at Siemens healthcare. He is internationally recognized as a technology leader in AI for healthcare. He is the recipient of the Edison Patent Award (2012), for best patent in medical imaging and was inducted as a Fellow in the American Institute for Medical and Biological Engineering (2014). 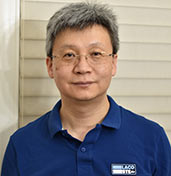 Le Lu (F) received a MSE (2004) and a PhD degree in May 2007 from the Computer Science Department, Johns Hopkins University (starting September 2001). Before that, he studied pattern recognition and computer vision at National Lab of Pattern Recognition, Chinese Academy of Sciences and Microsoft Research Asia between 1996 and 2001. Dr. Lu was at Siemens Corporate Research and Siemens Medical Solutions (USA) from 2006 until 2013. Starting from January 2013 to October 2017, Dr. Lu served as a staff scientist in the Radiology and Imaging Sciences Department of the National Institutes of Health (NIH) Clinical Center. He was the main technical leader for two of the most-impactful public radiology image dataset releases (NIH ChestXray14, NIH DeepLesion 2018).

In 2017, Dr. Lu then went on to found Nvidia’s medical image analysis group and he held the position of Senior Research Manager until June 2018. He was the Executive Director at PAII Inc., Bethesda Research lab, Maryland, USA. He now leads the global Medical AI R&D efforts at Alibaba's DAMO Academy as a Senior Director. 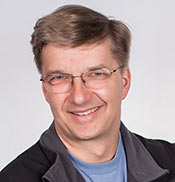 Andreas Stolcke (F) is a Senior Principal Scientist with Amazon Alexa in Sunnyvale, California. Before joining Amazon, he held senior researcher positions at Microsoft (2011-2019) and at SRI International (1994-2011), and was affiliated with the International Computer Science Institute (ICSI) in Berkeley, California, most recently as an External Fellow. He received a Diplom (Master’s) degree from Technical University Munich (1984-1988) and a PhD in computer science from UC Berkeley (1988-1994) for thesis work on probabilistic parsing and grammar induction.

Dr. Stolcke has made contributions to machine learning and algorithms for speech and language processing, including to conversational speech recognition, speaker recognition and diarization, and paralinguistic modeling. He developed the entropy-based pruning method for N-gram LMs and designed and open-sourced the widely used SRILM language modeling toolkit. He pioneered several methods for using ASR by-products for speaker recognition and conceived the DOVER algorithm for combining multiple diarization hypotheses. 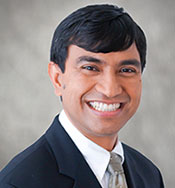 Achintya K. (Achin) Bhowmik (F) is the Chief Technology Officer and Executive Vice President of engineering at Starkey Hearing Technologies, a privately-held medical devices business with over 5,000 employees and operations in over 100 countries worldwide. In this role, he is responsible for the company’s technology strategy, global research, product development and engineering departments, and leading the drive to transform hearing aids into multifunction wearable health and communication devices with advanced sensors and artificial intelligence technologies.

Prior to joining Starkey, Dr. Bhowmik was Vice President and General Manager of the Perceptual Computing Group at Intel Corporation. There, he was responsible for the R&D, engineering, operations, and businesses in the areas of 3D sensing and interactive computing, computer vision and artificial intelligence, autonomous robots and drones, and immersive virtual and merged reality devices.

Dr. Bhowmik is an Adjunct Professor at Stanford University School of Medicine, where he advises research and lectures in the areas of multisensory cognition, perceptual augmentation, and intelligent systems. He has also held adjunct and guest professor positions at the University of California, Berkeley, Liquid Crystal Institute of the Kent State University, Kyung Hee University, Seoul, and the Indian Institute of Technology, Gandhinagar. He received his B.Tech. degree (1996) from the Indian Institute of Technology, Kanpur, and Ph.D. degree (2000) from Auburn University. He has authored over 200 publications, including two books and 38 issued patents.

Dr. Bhowmik serves on the board of trustees for the National Captioning Institute, board of directors for OpenCV, executive board for the Society for Information Display (SID) as the president-elect, and board of advisors for the Fung Institute for Engineering Leadership at UC Berkeley. He is on the board of directors and advisors for several technology startup companies. His awards and honors include TIME’s Best Inventions, Artificial Intelligence Breakthrough Award, Red Dot Design Award, Industrial Distinguished Leader Award from the Asia-Pacific Signal and Information Processing Association, and a Fellow of IEEE and SID. 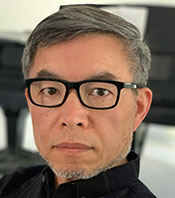 Chienchung Chang (M) received the B.S. from National Tsing-Hua University, Hsinchu, Taiwan, in 1982, M.S. and PhD degrees from University of California, San Diego, La Jolla, USA, in 1987 and 1991 respectively, all in electrical and computer engineering. Since 1991, Dr. Chang has been working with Qualcomm for almost 30 years. Currently, Dr. Chang is the Vice President of Engineering at Qualcomm Technologies where he serves as the department head of Multimedia R&D and Standards group with major focus in forward looking researches in the fields of speech, video, imaging, computer vision (CV), AI and XR (VR/AR) technologies. His R&D teams have been heavily engaged with standards in speech, video, imaging, computer vision as well.

Dr. Chang pioneered to introduce video, camera, and display technologies into Qualcomm Snapdragon® products. In 2005, he successfully led QCT’s first multimedia-centric chipset, MSM6550, from design to commercialization. MPEG-4/H.263 video codecs, 4MP CMOS image sensor and GPU were introduced into CDMA/WCDMA handsets for the first time. MSM6550 became the best-selling chipsets in company’s history then. The chipsets not only created watershed moment for wireless smartphone booming, but also laid a solid foundation to foster multimedia technology innovation within Snapdragon platforms up to today. 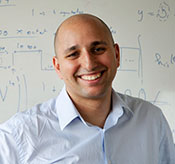 Mérouane Debbah (F) received the M.Sc. and Ph.D. degrees from the Ecole Normale Supérieure Paris-Saclay, France. He was with Motorola Labs, Saclay, France, from 1999 to 2002, and also with the Vienna Research Center for Telecommunications, Vienna, Austria, until 2003. From 2003 to 2007, he was an Assistant Professor with the Mobile Communications Department, Institut Eurecom, Sophia Antipolis, France. In 2007, he was appointed Full Professor at CentraleSupelec, Gif-sur-Yvette, France. From 2007 to 2014, he was the Director of the Alcatel-Lucent Chair on Flexible Radio. Since 2014, he has been Vice-President of the Huawei France Research Center. He is jointly the director of the Mathematical and Algorithmic Sciences Lab as well as the director of the Lagrange Mathematical and Computing Research Center. 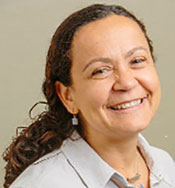 Dilek Hakkani-Tür (F) is a senior principal scientist at Amazon Alexa AI and a Visiting Distinguished Professor at UC Santa Cruz, focusing on enabling natural dialogues with machines. Prior to joining Amazon, she was leading the dialogue research group at Google (2016-2018), a principal researcher at Microsoft Research (2010-2016), International Computer Science Institute (ICSI, 2006-2010) and AT&T Labs-Research (2001-2005). She received her BSc degree from Middle East Technical Univ, in 1994, and MSc and PhD degrees from Bilkent University, Department of Computer Engineering, in 1996 and 2000, respectively. 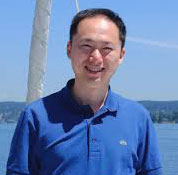 Xiaodong He (F) is Vice President of Technology of JD.COM Inc., Deputy Managing Director of JD AI Research, and Head of the Deep learning, NLP and Speech Lab. He is also an Affiliate Professor at the ECE Department of the University of Washington (Seattle). Dr. He joined JD.COM, the largest online retailer in China, in 2018. Prior to that, he was Principal Researcher and Research Manager of the Deep Learning Technology Center (DLTC) at Microsoft Research, Redmond, WA, USA. He holds a Bachelor degree from Tsinghua University (Beijing), a MS degree from Chinese Academy of Sciences (Beijing) and a PhD degree from the University of Missouri – Columbia, MO, USA.

Dr. He is an IEEE Fellow, for contributions to multimodal signal processing in human language and vision technologies, and Fellow of the China Association of Artificial Intelligence (CAAI). He has held editorial positions, Transactions of the Association for Computational Linguistics (T-ACL) and multiple IEEE Journals including IEEE Signal Processing Magazine, IEEE Signal Processing Letters (2017-2018) and served in the organizing committee/ program committee of major artificial intelligence conferences. He was Chair, IEEE Seattle Section (2016-2017), and served in the IEEE Speech and Language Processing Technical Committee (2015-2017).