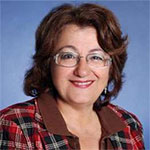 Completing their terms as Members-at-Large on 31 December 2019 are: Abeer A.H. Alwan, University of California, Los Angeles; Antonio Ortega, University of Southern California; and Béatrice Pesquet-Popescu, Thales Group. The Board of Governors (BoG) is the governing body that oversees the activities of the IEEE Signal Processing Society. The SPS BoG has the responsibility of establishing and implementing policy, and receiving reports from its standing boards and committees. Members-at-Large represent the member view point in the Board decision-making. They typically review, discuss, and act upon a wide range of items affecting the actions, activities, and health of the Society. More information can be found at the IEEE Signal Processing Society website.