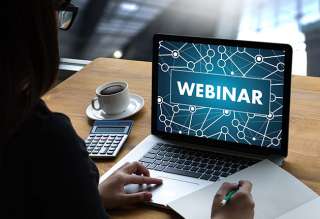 Depending on who do you ask, we have five, six, or even twenty-one senses. Besides touch, vision, hearing, smell and taste, which we are taught about in kindergarten, we have senses of balance, hot and cold, pain, magnetic orientation (although very weak and close to nonexistent), position of our limbs relative to other parts of the body (can you touch your nose while eyes shut?), and more. If you hoped the sixth sense has anything to do with paranormal, I have to disappoint you. There is no such a thing. Information that we obtain through senses, we acquire through receptors in a natural way.

Each of our senses are defined by a very specialized group of cells, tissues, and organs. An important part of this biological system are the receptors that transform the measurable physical value into the information that our body understands.

The same principle, in general, is applied to artificial sensors that give us beyond what our natural senses can acquire. Depending on the physics of the acquired signal, and the physics of the processing medium, there are analogue, digital and chemical sensors. Hence, there are three major areas of signal processing: analogue, digital, and chemical signal processing.

It is obvious that our receptors have limits in processing input stimuli. For example, our eyes have numerous cones and rods that give us much better resolution than any commercial TV or computer monitor. These cells are specialized, so they can see only certain light bands, or detect motion. Similar limitations are applicable to sensors, and that is by design, or by the nature of materials that are used in them.

Our receptors are somewhat lazy, so they can process only a restricted amount of information per time unit. This defines the bandwidth of our senses. It comes as no surprise that the sight has the largest bandwidth, which is a bit more than the 1 gigabyte per second. Curiously enough, the bandwidth of the sense of touch is about 10 times smaller than the sight, and 10 times bigger than smell or hearing. At the bottom of bandwidth, when it comes to classical senses, is taste with few, slow receptors. Eat slowly and think before you say that you like your meal. It may happen that the real taste is just coming, and it is not what you expected. 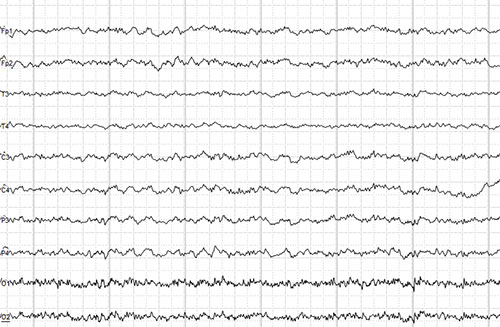 The bandwidth of artificial sensors can be tweaked and adjusted to our needs. A good example is a beautiful, useful and not so new invention of a personal airbag. It typically contains an accelerometer, and the gyro, which collect data about the acceleration and the position of the device, respectively. This sensory device is mounted on the deflated airbag harness that could be worn as a vest.  The life- critical role of this device boils down to decision making: to deploy the airbag or not to. Sounds simple, but in reality, it is very complex. First of all, the samples that are coming from the accelerator and the gyro are very noisy, so they have to be filtered. Filters have to be specialized, but the good news is that the signal processing theory and practice includes so many filtering techniques that are well described, and available. We just need DSP engineers to implement them.

Secondly, there is a difference between the use for the personal airbag that prevents injury of the motorcycle driver, and the use for the airbag that prevents injury from the fall of an elderly person. Accelerations are different, forces of deployment are different, and also, the elderly person is much more vulnerable, with more brittle bones. Hence, additional decision making algorithms are to be applied. Lucky for elderly people, and the motorcycle drivers, signal processing has more aces in the play deck (signal processing does not need aces up the sleeves, since it always has good cards!). Sophisticated detectors, and decision making signal processing algorithms can be, and are already applied in the personal airbags.

The main problem of today’s science fiction writers is that they cannot be futuristic anymore, because most of the fantastic inventions core to their books are already here today, and applied using signal processing techniques. The field of sensor signal processing is widening beyond the means of personal assistance, and augmentation of our senses. Cyborgs are among us!

With the discovery of new senses in us, and the need for new artificial receptors (for example, the level of sugar in blood that may direct automatic injection of insulin), the limitation is only in implementation. Humanity needs more signal processing engineers. Humanity needs you.

Vladimir Pavlovic was born in Belgrade, Serbia, in 1964. He received his BSEE degree in electrical engineering from the University of Belgrade, School of Electrical Engineering, in 1988, and his MSEE degree in electrical engineering from the University of Belgrade, School of Electrical Engineering in 1993. In 1988, he joined the Telecommunication Department in the Mihajlo Pupin Institute where he started his career as a DSP Engineer. He moved to Vancouver, British Columbia Canada in 1993. Since then he has been working in DSP field as an engineer for several companies such as: Cisco, Epson, Glenayre. In his current role as a Senior Staff Engineer at Sierra Wireless, he is applying his DSP and data processing skills within the Manufacturing Test Department. In his career he has applied his DSP research and engineering skills on parallel signal processing, HD video codecs (First commercial H.264 real time codec), nonlinear system modeling in real time, modems, measurement and instrumentation, cloud based broadcasting, as well as audio and speech processing. He has past patents in DSP applied to predistortion, as well as several papers in the DSP area. He is a member of the IEEE Signal Processing Society, IEEE Communication Society.  He was the founder of now closed Vancouver DSP Meetup Group where he advocated for DSP awareness amongst the engineering professionals and high tech industry of Vancouver, BC.