Why This Signal Processing Pioneer Takes the Road Less Traveled 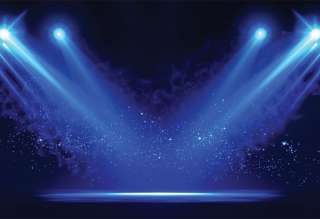 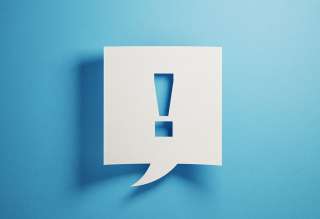 Why This Signal Processing Pioneer Takes the Road Less Traveled

For many of us, it’s difficult to recall a time when our mobile phones were too big for our pockets, or our laptops weren’t paper-thin. But it wasn’t long ago that disk drives – the technology that stores data on digital devices – were the size of a room. Today, while they’re more like the size of a credit card and still shrinking, the sheer amount of data we’re saving to them continues to explode.

In the early 1990s, Moura, a Carnegie Mellon University professor, and his then-student Aleksander Kavcic (now a professor at the University of Hawaii), zeroed in on a challenge they expected would eventually arise: with more data (represented by zeros and ones) being recorded in increasingly tinier spaces, how would one accurately read and recover data from the disk drive?

Using advanced signal processing technology, the two engineering pioneers invented and patented a detector that did just that.

And the rest, as they say, is history.

A Signal Processing Technology Ahead of Its Time

At the time, rather than focusing on work that could lead to marginal, immediate improvements, Moura and Kavcic instead looked ahead to what they anticipated would in five to ten years become a major limitation in the data storage industry. New technological advances lead to dramatic increases in the amounts of data being stored on ever-shrinking magnetic domains, causing a significant issue in clearly and accurately reading and recovering the data.

Zeros and ones can be thought of as little magnets on the disk drive surface. As these magnets shrink in size, their boundaries interact and they become very irregularly shaped, causing the data that’s pulled off to become noisier and noisier. As the challenge of reading this data arose, it was key to realize that aside from becoming stronger, the noise was very different from what was dominating disk drives or limiting other signal processing applications at that time.

In addition to the noise being different, it also caused the data to become corrupted. The goal then became to develop a new detector that could accurately and clearly read the data from the disk drive.  In the mid-nineties, they first set to understand the physics of the noise, then developed a new noise model to account for its signal dependence and correlation, and finally, developed from first principles a simple but optimal solution to accurately detect zeros and ones in high density recording. 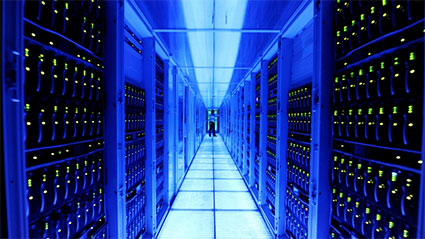 They were right. Pay day hit in the early 2000s when the recording density exploded with exponential increases, and the Kavcic-Moura detector algorithm became the means adopted by channel chip manufacturers to read back enormous amounts of data more accurately, despite the small spaces it was being pulled from. Theirs was a must-have technology with a revolutionary impact on the data storage industry. In fact, it’s estimated that the disk drives in 60 percent of computers made in the last 14 years use Moura and Kavcic’s patented technology.

According to Moura, a longtime volunteer of the IEEE Signal Processing Society, his work in signal processing is motivated by the need to address applications in the real world. Signal processing, a “stealth technology,” as he explains it, is most impactful when it serves as a means for anticipating and solving practical problems, a principle that has long influenced his career.

“Signal processing is behind much of what we use, take for granted, and enjoy every day. It allows for your cell phone to be small, display beautiful pictures and movies, and make calls to those on the other side of the world” said Moura. “It lets doctors see inside our bodies with advanced technology, companies look for oil in the depths of the ocean, and the movie industry adding those dazzling special effects” he continued.

“Without the intelligence from signal processing algorithms, among other advances, people would be stuck in the 1950s – huge computers, using tremendous amounts of power, rather than tiny disks storing all your data. You don’t see it, but signal processing is the brains behind so many critical applications, tools, and gadgets.”

It’s true – signal processing is the science behind our digital lives. It allows us to engage with Siri, get an MRI exam, speak clearly through our cellphones, track our health on our FitBits, and so much more. Without it, we’d lose the technology that’s grown so integral to our day-to-day lives.

And our day-to-day lives yield so much data of their own, something Moura is focusing on as he looks ahead.

Moura is now applying his expertise and innovation skills to the significant and diverse amount of data collected in cities. Everything from demographic and tax records to cellphone and distress calls, weather systems, and transportation, such as taxi rides, are collecting data by the second throughout the city. What’s fascinating is just how pervasive signal processing technology is without being invasive. All this data is both collected and used without the public even realizing it. The sheer volume, diversity, and variety of data challenges existing signal processing algorithms; but, where there is challenge, there are a plethora of opportunities to figure out what it can tell us about the city. Moura is busy with his students developing signal processing analytics to harness from this data a better understanding of the cities DNA and, for example, assist with traffic flows or urban planning.

Signal processing algorithms will digest the data to provide insight into a number of different behaviors. For example, better assessment of how a delayed train uptown might affect travelers downtown – a piece of information every city-dweller can appreciate.

It’s a revolutionary time for signal processing. In the past, society has shaped technology, but as new ways of processing and interpreting the explosion of data are developed, there’s a real opportunity for technology to shape society.