The Year of Living Dangerously

Home » The Year of Living Dangerously 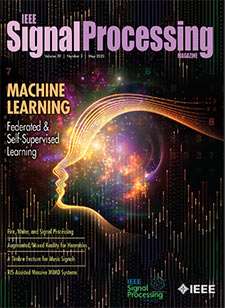 The Year of Living Dangerously

I am writing this column on the first official day of spring while “sheltering in place” in Northern California. In these uncertain times, we are all experiencing the anxiety that comes from an unpredictable situation that we do not control; the shock of seeing, perhaps for the first time, all of the shelves in grocery stores empty; and the stress of working, living, and sleeping in the same place. For some of us, the situation is more dire as we are anguishing over whether we will have food for our children and ourselves next month or as we are fighting for the lives of our loved ones or even our own. I sincerely hope and pray that by the time you read this column in May, the situation will have dramatically improved for all of us.

My term as Society president started 1 January 2020. Two days later, on Friday, 3 January, I received an email from the presidents of three other IEEE Societies informing me that we had 48 h to decide whether we would like to be part of the proposed IEEE Transactions on Artificial Intelligence (TAI). What followed was a series of frantic conference calls and hard negotiations across time zones. By mid-January, we were officially an equal comanager and junior financial co-owner of the new transactions. The official proposal was approved by the IEEE Technical Activities Board (TAB) Finance Committee shortly thereafter and by the TAB publication board in mid-February. I was impressed by the nimbleness of our Society during these frantic times and the pragmatic attitude of our executive committee and senior staff, who were laser focused on future opportunities and the expansion of our scope and reach. I was also proud of the fact that a little over 17% of all IEEE journal articles on AI and machine learning, excluding IEEE Access, are published in our Society’s transactions. The episode also revealed systemic weaknesses in our Society, in particular when it comes to anticipating or identifying emerging IEEE initiatives, or articulating, and taking the lead in, emerging high-impact technical fields. These weaknesses are being identified, discussed, and addressed by several of you serving on our executive committee and various boards. I look forward to sharing the culmination of these efforts in my next column.

On 13 February, a day after we celebrated the approval of the new transactions on AI, the Society held its first critical meeting on the rapidly deteriorating COVID-19 situation. Thanks to the efforts of our staff, the meeting was attended by experts from IEEE Meetings, Conferences, and Events, including experts on conference insurance policies. At the meeting, we formulated and began to implement several contingency plans that took into account a number of potential scenarios, including the hitherto unthinkable possibility of canceling our flagship conference, ICASSP. This was the first of many, and at times daily, meetings that culminated in our decision to shift two conferences—ICASSP 2020 (4–8 May in Barcelona, Spain) and ISBI 2020 (3–7 April in Iowa City, United States) - to fully virtual events. Moreover, we made the decision to give our conference board and vice president (VP) conferences the authority to cancel, postpone, or shift to virtual all workshops and conferences scheduled between March and August 2020. Finally, we also suspended all Distinguished Lecturer and Distinguished Industry Speaker talks and events at least through the end of May to minimize travel and avoid large gatherings.