In the special issue in Proceedings of the IEEE in April 2019, the editors have collected and presented recent works on innovative approaches and emerged technologies for coping with dynamicity, heterogeneity, and the scale, which have been central to (or even enablers of) recent advances in communications and networking technologies. At a time of an ever-increasing demand for networking resources and a larger scale, communication networks have faced challenges due to the heterogeneity of the demands, the diversity of communication mechanisms, the high dynamicity of the environments, the virtualization of functions, and the stringent and dynamic quality requirements. In recent years, there have been notable advancements in research and development of concepts and methods for highly adaptive and scalable communication networks.

While communication networks themselves are becoming increasingly seamless to their users, they have become an integral part of human society and are deployed in increasingly challenging network scenarios, such as the Internet of Things (IoT), smart cities, big data systems, and multimedia systems. Key to the success of communication networks is their ability to adapt and cope with the broad challenges due to the increase in the scale. This way communication networks can meet a variety of demands of a wide range of sophisticated and challenging network scenarios. Adaptive communication networks have the ability to change network configurations, the usage of network resources, or the network mechanisms themselves. This allows for meeting the demands of the applications in the presence of dynamics associated with changes in the workload, in the usage of the communication media, in the context (such as user mobility), or in the demands of the applications. Not surprisingly, networked systems, such as the Internet, are considered an innovation driver in the more general field of adaptive systems. 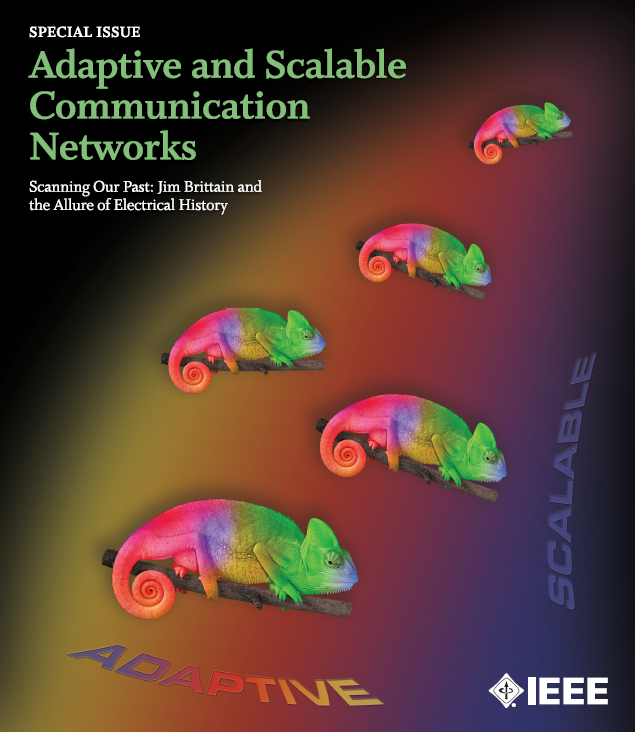 t of ensuring the scalability of the involved communication networks. Scalable and adaptive communication networks ensure that the ability of the network to meet demands degrades gracefully with the dynamics of the system. Although the Internet is already considered to be a highly scalable communication network in terms of devices that can be connected, it is important to note that the underlying adaptation mechanisms and its architecture are not fulfilling the demands of many challenging networking scenarios in a scalable way. This has triggered many research efforts centered on many distinct networking scenarios aiming at improving adaptivity and scalability. For example, a scalable adaptive data processing system should be capable of analyzing data with only minor variation in delay, independently of whether the number of information producers is in the order of hundreds, thousands, or millions of interconnected devices. Similarly, the quality of experience (QoE) of users in video streaming systems should degrade only slightly as the number of clients watching a video massively grows or decreases.

The goal of this special issue on Adaptive and Scalable Communication Networks is to acknowledge and comprehensively present the recent research progress observed in this field in order to support such demands of increasingly complex networking scenarios. The editors introduce within important and representatively chosen networking scenarios and enabling networking technologies recent advances and recurring adaptation methods for scalable and adaptive communication networks. To give the reader of the journal a comprehensive overview of the field, the editors have selected and structured contributions along the following dimensions: networking scenarios, to understand the distinct demands of applications and the implications of such demands on building scalable adaptive networking; and enabling network technologies and mechanisms, to present the recent technologies that implicitly or explicitly cope with the need for adaptation and the increase in the scale. Some of these technologies like software defined networking and network function virtualization (NFV), provide for unprecedented flexibility in the usage and the on-demand allocation of resources. Other approaches advance key technologies, such as wireless communication media, by addressing innovative challenges posed by the need for a broad adaptation capability. Finally, the editors aim to give the readers an overview of recurring principles in the adaptation of scalable and adaptive networks, as well as provide material (concepts/approaches/methodologies/tools) for understanding and analyzing their performance. For instance, some approaches focus on self-adaptation principles that expose scalability, and other approaches focus on general adaptation methods that improve flexibility, which can be exploited to enhance scalability.