This webinar is based on the paper presented at the ICCAIS 2017 conference, whose proceedings are now available on IEEE Xplore® at https://ieeexplore.ieee.org/document/8217557/. 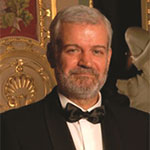 Alfonso Farina (Life Fellow, IEEE, Fellow, IET, FREng, Fellow of EURASIP) received the degree in Electronic Engineering from the University of Rome (IT) in 1973. In 1974, he joined Selenia, then Selex ES, where he became Director of the Analysis of Integrated Systems Unit and subsequently Director of Engineering of the Large Business Systems Division. In 2012, he was Senior VP and Chief Technology Officer of the company, reporting directly to the President. From 2013 to 2014, he was senior advisor to the CTO. He retired in October 2014.

From 1979 to 1985, he was also professor of “Radar Techniques” at the University of Naples (IT). He is the author of more than 800 peer-reviewed technical publications and of books and monographs (published worldwide), some of them also translated in to Russian and Chinese. Some of the most significant awards he has received include: (2004) Leader of the team that won the First Prize of the first edition of the Finmeccanica Award for Innovation Technology, out of more than 330 submitted projects by the Companies of Finmeccanica Group; (2005) International Fellow of the Royal Academy of Engineering, U.K., and the fellowship was presented to him by HRH Prince Philip, the Duke of Edinburgh; (2010) IEEE Dennis J. Picard Medal for Radar Technologies and Applications for “Continuous, Innovative, Theoretical, and Practical Contributions to Radar Systems and Adaptive Signal Processing Techniques”; (2012) Oscar Masi award for the AULOS® “green” radar by the Italian Industrial Research Association (AIRI); (2014) IET Achievement Medal for “Outstanding contributions to radar system design, signal, data and image processing, and data fusion.” He is a Visiting Professor at University College London (UCL), Department of Electronic and Electrical Engineering, CTIF (Center for TeleInFrastructures) Industry Advisory Chair, and a Distinguished Lecturer (DL) of IEEE Aerospace and Electronic Systems Society. 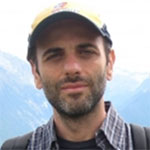 Giorgio Battistelli received the Laurea degree in electronic engineering and the Ph.D. degree in robotics from the University of Genoa, Genoa, Italy, in 2000 and 2004, respectively.

In 2014, he received the national scientific qualification (abilitazione scientifica nazionale) as Full Professor of Automatic Control. In the past years, he has taught courses in the areas of System Identification, System Theory and Automatic Control both at the University of Genoa and at the University of Florence. He has been advisor of over 10 Ph.D. students and supervisor of more than 70 Bachelor's and Master's degree dissertations. He is author of over 100 research papers in international journals or conference proceedings, spanning several diversified fields, and inventor of an international patent. In particular, his research interests include: adaptive and learning systems, real-time control reconfiguration, linear and nonlinear estimation, hybrid systems, sensor networks, data fusion, and large-scale systems.

Dr. Battistelli is the co-recipient of four awards at the International Conference on Information Fusion in the 2009, 2012, 2013, and 2018, and of the best paper award at the 10th Workshop: Sensor Data Fusion: Trends, Solutions, Applications in the year 2015. He was a member of the editorial boards of the IFAC Journal Engineering Applications of Artificial Intelligence and of the IEEE Transactions on Neural Networks and Learning Systems. He is currently an Associate Editor of the IFAC Journal Nonlinear Analysis: Hybrid Systems, and a member of the conference editorial boards of IEEE Control Systems Society and the European Control Association. 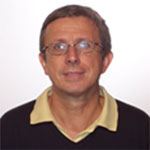 His educational and research career have been in the area of control and systems engineering. His research interests include adaptive control and signal processing; algorithms and architectures for real-time control and signal processing, recursive identification, filtering and estimation, and predictive control. His current interests mainly concern networked estimation, multi-agent systems, multi-target tracking, and distributed data fusion. He has coauthored over 180 papers, with more than 60 papers appearing in international journals.