What Should We Learn? Reinventing the wing With electric propulsion……

Home » What Should We Learn? Reinventing the wing With electric propulsion……

What Should We Learn? Reinventing the wing With electric propulsion…… 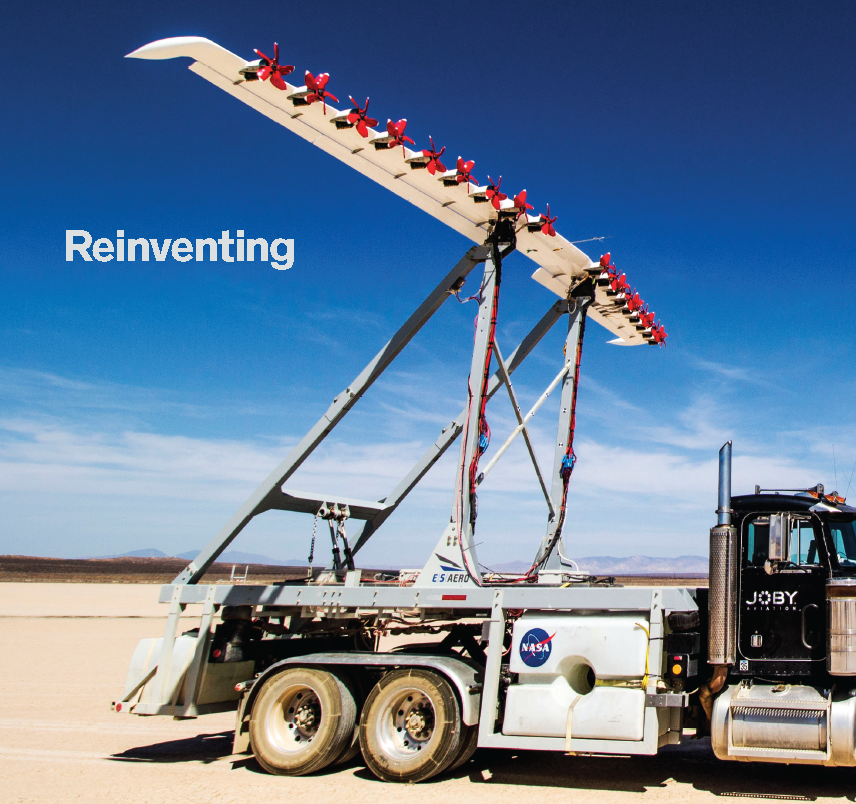 Five years ago, engineers at NASA started to think about using a large number of electric motors to create a blown wing, later naming the project LEAPTech, for Leading Edge Asynchronous Propeller Technology. The novel configuration was based on an old concept: The idea—known as a “blown wing”—was to propel air at high speed over the wing using many motors and propellers mounted along the leading edge. Usually, the speed of this airflow is about the same as the speed the aircraft is moving; that’s why airplanes need to pick up speed before they can take off. But with many propellers blowing air over it at high speed, the wing behaves as though it’s traveling faster than it actually is, providing greater lift.

That’s a key advantage, because with greater lift, you can use a smaller wing, one that would otherwise require inordinately long runways so that the plane could take off and land at high speed. The situation is different in flight, when the plane is traveling fast and only a small wing is needed to provide the requisite lift. During that phase of flight, a larger wing is a disadvantage, because drag forces act over the whole area of the wing, reducing efficiency.

So what’s an airplane designer to choose: a big wing or a small one? Takeoff and landing considerations usually rule the day, so aircraft end up with wings that are too large for efficient cruising. A larger wing also means that the aircraft will be tossed around more when it encounters turbulence.

The blown wing provides a solution to this conundrum. During takeoff and landing, air can be blown over the wing at higher speeds, providing additional lift without sacrificing cruise performance. Although a few aircraft have been developed in the past with blown wings, the use of combustion engines for propulsion limited how far their designers could go. They had to use relatively few, large propellers, which aren’t well suited to pushing air at high speed.

Joby Aviation, a startup formed in 2009 to develop personal electric aircraft, had already been collaborating with NASA. When my Joby colleagues and I learned about LEAPTech, we jumped at a chance to get involved. Rounding out the LEAPTech collaboration was Empirical Systems Aerospace (ESAero), another small business that had worked with NASA to investigate how electric propulsion can improve aircraft performance.

NASA hoped to vet the idea with an actual test of a wing and propellers, in part because the relevant aerodynamic effects are very complex, and so computational fluid dynamics, or CFD, simulations of them would perhaps not be completely trustworthy. Another concern was that this distributed propulsion system might turn out to be too complicated to operate reliably in a real-world environment.

The paper entitled Reinventing the wing With electric propulsion and lots of propellers, planes can use smaller wings to fly efficiently published by IEEE Spectrum in August 2018 present the project and the future of the plan.