Election of Regional Directors-at-Large and Members-at-Large

Election of Regional Directors-at-Large and Members-at-Large 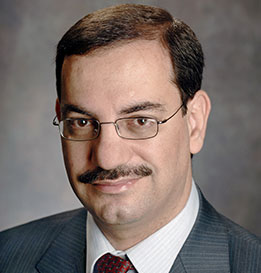 It is my pleasure to announce that the IEEE Signal Processing Society (SPS) annual election will commence on 17 August! This year, all eligible SPS Members will now vote for the Regional Directors-at-Large for Regions 1-6 and 8 (term 1 January 2021 through 31 December 2022), and Members-at-Large (term 1 January 2021 through 31 December 2023) of the IEEE Signal Processing Society Board of Governors (BoG).

Ballots will be mailed to SPS members. The ballot includes a diverse slate of candidates for all elections, which were vetted by the SPS Nominations and Appointments Committee, as well as a space for write-in candidates. This year’s election offers SPS members the opportunity to cast their votes via the web at https://eballot4.votenet.com/IEEE for up to one Regional Director-at-Large for your corresponding Region: Regions 1-6 (USA) and Region 8 (Africa, Europe, Middle East), and four Member-at-Large candidates. This year, an additional Member-at-Large candidate will be elected due to the elevation of a current Member-at-Large to Society Officer.  The candidate receiving the fourth highest votes will fill the remaining term of the elevated Member-at-Large, which is 1 January 2021-31 December 2021. Ballots must be received at the IEEE no later than 1 October 2020 to be counted. Members must meet the eligibility requirements at the time the ballot data is generated to be eligible to vote. To be eligible to vote in this year’s Society election, you had to have been an active SPS Member, Affiliate, or Graduate Student Member as of 30 June 2020. This is the date when the list of eligible Society voting members was compiled.

The 2020 candidates for Regional Director-at-Large (presented in alphabetical order) appear below. Candidate biographies will be included in the ballot.

The 2020 candidates for Member-at-Large (presented in alphabetical order) appear below. Candidate biographies will be included in the ballot.

More information on the IEEE SPS can be found on Signal Processing Society website.