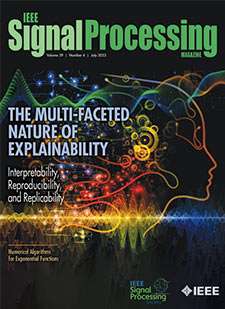 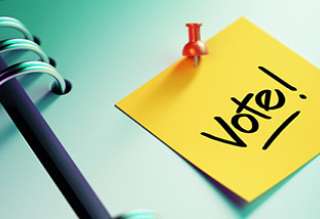 From the Editor
By:
Christian Jutten

First, I would like to wish you a happy New Year and, especially, health for you and your families. I am very honored to be the new editor-in-chief (EIC) of IEEE Signal Processing Magazine (SPM) for the next three years. It is a great challenge for me, as it was probably for its previous EICs since SPM is not an ordinary magazine.

Let me introduce myself. My teenage dreams were driven by a few scientific and technological events. In particular, I remembered the first heart transplant by Barnard in 1967 and then Armstrong’s first steps on the moon in 1969, the missions of the rockets Soyuz and the beginning of Ariane in Europe, and the first prototype of the fast train (TGV) in France. I was also passionate about electronics and built simple devices for fun. Naturally, I decided to follow scientific studies. But I hesitated between various topics that were all equally appealing to me: medicine, astronomy, physics, and electronics. Finally, I graduated from a higher school of electrical engineering in Grenoble. And I discovered there, in 1976, the basics of signal processing and digital signal processing (with Oppenheim’s book, just published in 1975): it was love at first sight. In fact, very quickly, I understood, with my professors, the magic—although usually hidden—position of signal processing in many scientific and technological domains. I enjoyed the virtuous circle of the signal processing approach: starting from an actual problem, propose a mathematical model, design an algorithm, and validate the algorithm on the actual problem. Then, refine the model and the algorithm, and so on, if the results are not good enough. For me, signal processing was the opportunity to address problems in different domains, of course, while working with experts of these domains. So during my career, I have had the chance to work on very exciting problems related to multiple disciplines, including neuroscience, medicine, astrophysics, and chemical engineering.

During my Ph.D. studies, I worked under the supervision of Prof. Jeanny Hérault on artificial neural networks, which were actually based on electronic neurons. At that time, computers were indeed not powerful enough for doing large simulations. To give you an idea, in the early 1980s, I had access for about 2 h/day to a 16-bit computer, but the random-access memory was limited to 24 kilobytes, and that is both for algorithms and data! Artificial neural networks were at their infancy, especially given the limited computational power. Moreover, at that time, presenting a paper on this subject in signal processing conferences or journals was quite challenging since you passed for an alien! Hence, in 1982, with Prof. Hérault, we created a French interdisciplinary working group, called Neurosciences and Engineering Sciences, in which neuroscientists, biologists, physicists, mathematicians, and engineers met every other year during one week to discuss their works. Interestingly, some very famous scientists in machine learning, e.g., Yann Le Cun, Isabelle Guyon, and Léon Bottou, participated in some of these meetings. It was during one of these meetings that we met and discussed with neuroscientists working on vertebrate motion decoding. And these discussions were the starting point of blind source separation and independent component analysis, which dominated my scientific life. When I think of these discussions, I realize how some face-to-face encounters may have a strong impact on one’s life, although it is usually much later we realize those impacts. Currently, with the COVID-19 pandemic, even if virtual conferences may offer some advantages, like reaching a larger audience, I believe that they cannot replace face-to-face discussions, with eyes that meet and friendly moments.