Activity Update from the DISPS TC 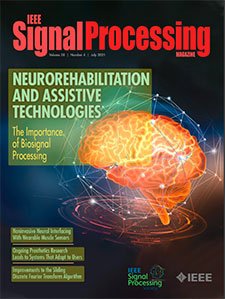 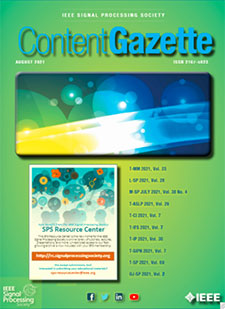 Activity Update from the DISPS TC

by Warren J. Gross and Jarmo Takala
(Vice-Chair and Chair of the DISPS TC)

The technical committee currently has 35 Members, an Advisory Board, and Affiliate Members. New members for the TC will be selected in the Fall for the next 3-year term starting in January 2014. There will be 14 positions to be filled. The call for nominations will be announced in September 2013 on the DISPS web page. More information about the requirements for membership and the procedures for nomination are available on the TC’s membership webpage.

The TC is represented at the DISPS track of ICASSP 2013 in Vancouver, Canada. This year the DISPS track received a good number of submissions (99) and a total of 53 accepted papers were organized in two lecture sessions and three poster sessions. The DISPS ICASSP submissions have followed an increasing trend since 2007.

The DISPS TC’s flagship event, the IEEE Workshop on Signal Processing Systems (IEEE SiPS 2013) is returning to Taiwan after 14 years. SiPS’2013 will be held in Taipei, Taiwan from Oct. 16-18, 2013. The Honorary Chair of SiPS’2013 is Liang-Gee Chen (National Applied Research Laboratories, TW), the General Chairs are An-Yeu (Andy) Wu (National Taiwan University, TW) and Naresh Shanbhag (Univ. Illinois Urbana-Champaign, US) and the Program Chairs are Ching-Te Chiu (National Tsing Hua University, TW) and Vassilis Paliouras (Univ. Patras, GR). All of them are current or past DISPS members. The 2014 SiPS Workshop will be held in Belfast, UK Oct. 20-23 2014 and the General Chair will be John McCanny and Program Chairs Maire O’Neill and John McAllister, all from Queen’s University Belfast.

The DISPS TC is involved in organizing a symposium on Software Defined and Cognitive Radios in the new SPS flagship event, the IEEE Global Conference on Signal and Information Processing (GlobalSIP). The first GlobalSIP will be held in Austin, TX, Dec. 3-5 2013. More information about the Symposium on Software Defined and Cognitive Radios can be found on the symposium webpage. The deadline for submissions is June 1, 2013.

In 2013, past DISPS member Ingrid Verbauwhede, Univ. Leuven, BE was elevated to IEEE Fellow for her contributions to design of secure integrated circuits and systems.

DISPS member Warren Gross has recently been nominated as Associate Editor to IEEE Transaction on Signal Processing. Zhiyuan Yan continues as the Area Editor responsible for HDW EDICS and John McAllister as AE. Philippe Coussy has been appointed as an Associate Editor of IEEE Signal Processing Letters. The other DISPS related AEs are Lei Wang, Tokunbo Ogunfunmi, Mohammad Mansour, and Xiaokang Yang.