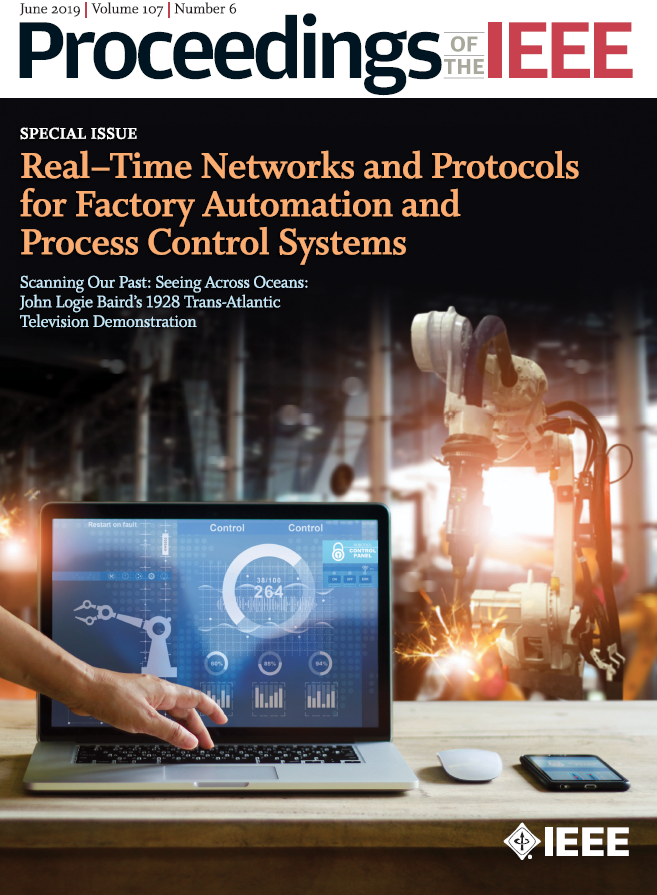 Information is the key element in modern factory automation and process control systems, and one of the most difficult tasks is to provide, distribute, and properly process it. Information transfer and processing in this scenario depend to a large extent on appropriate communication systems, usually referred to as “industrial networks.” Significance, content, and properties of information may, of course, vary within a given application context. For instance, a distributed control system typically handles sensor and actuator information with stringent real-time requirements, whereas production planning needs to cope with huge amounts of data, such as those concerned with customer orders or bills of material, with more relaxed timing. The industrial networks deployed at the various hierarchical levels of automation systems thus have to meet different requirements, to ensure that timely and reliable data flows are maintained among the different components they connect, such as field devices, controllers, human–machine interface (HMI) systems, cloud computers, manufacturing execution systems (MES), and so on. According to the specific needs of the numerous application fields such as manufacturing, electrical power distribution, motion control, environmental monitoring, and chemical processes, to mention but a few, industrial networks may have diverse architectures, traffic types, and performance.

Developing appropriate technological building blocks for industrial communication has been a core issue of academic and industrial research in the past decades. The first type of industrial networks, called fieldbuses, started to appear in the early 1980s and reached their heyday around 1990. These were followed by real-time Ethernet networks around the early 2000s and, some years later, by industrial wireless networks. Given the long lifespan of industrial plants, all these communication systems are still available and in use, also in mixed configurations.

A multitude of research studies, both theoretical and applied, havebeen carried out over the years, deeply involving multidisciplinary scientific and industrial communities. Activities have focused on many aspects, such as the design of new protocols, the definition of information models, or more recently the adaptation of IT concepts for automation applications. Also, tremendous efforts have been made in defining comprehensive International Standards, in a context that was often influenced by strong commercial interests. Ultimately, the aforementioned activities had the goal to make information available and manageable in increasingly complex and more demanding automation systems.

Looking back, we recognize that the evolution of industrial networks has been impressive, not only from a technical viewpoint. Market success in the early years was slow and required an unprecedented collaboration of competing automation vendors in joint technology marketing and further developments. Today, it is estimated that some hundreds of millions of nodes are deployed around the world in applications of whatever type. The market values are in the order of tens of billion USD, with high compound annual growth rates (CAGR).

The industrial automation scenario, however, is continuously evolving. Industry 4.0 and Industrial Internet of Things (IIoT) are revolutionizing the manufacturing scenarios, enabling new production strategies, characterized by better efficiency, flexibility, rapid answers to the market requests, and energy efficiency. This poses new challenges to industrial networks, which are requested to provide better performance in terms of timeliness, reliability, security, and connectivity. On the other hand, new communication technologies, being developed for the information technology (IT) world, also offer promising chances for the further evolution of automation systems.

The special issue published by Proceedings of the IEEE in June 2019 addresses topics of prominent importance in the context of industrial communication systems. It provides a comprehensive state of the art and investigates new perspectives, such as time-sensitive networking (TSN), 5G systems for industrial automation, and networks for IIoT applications.